Neptune And Fashion (A History in Images)

Photography has changed the way we look at the world and at our selves. Neptune gives us the key to understanding the generations.

Let’s start with a little guided meditation. We’re sitting here in the early twenty first century. We’ve got magazines, movies, TV, we’ve got advertising posters all over the street, then there’s the whole online world, starring youtube, Netflix and Instagram. There are images wherever you look.

But imagine the world before photography was invented just over 150 years ago. Back then the only images were hand-drawn or painted pictures. A likeness was something only the well-to-do could afford. You had to employ an artist to have a painting done. If you were one of the masses, the only place you would be likely ever to see an image was when you went to church. There you could find the icons, the frescos and the stained glass; splendid, glorious saintly images, all celebrating the power of established religion. You wouldn’t have seen books much if at all, since the mass technology of printing didn’t exist yet. Not a lot of point really since most people couldn’t read.

Then in the 1840s, the technology of photography was developed and images became more easily available. You no longer needed to pay an artist to draw, sketch or paint. All you needed to do was arrange objects in front of this apparatus and the light reflected from the objects would be focused through a lens to be chemically fixed on paper. Et voilà! A photograph.

Around the time photography was invented, the planet Neptune was discovered (1846). Astrologers often look for events around the time of a planet’s discovery to get an idea of the associated energy. With Neptune it’s the world of the dreamlike and the mystical; images, imagination and fantasy.

With photography it becomes possible for anyone with the right equipment to make an image. And when you’ve made an image there it is. It’s something you can buy and sell, something you can possess. If you’ve got a photograph of me you can compare me with my photograph. This is me when I was younger/fatter/thinner. When I had less hair/more hair. We no longer have to rely on memory to perceive our physical changes; photography shows us the ageing process and changes how we look at ourselves.

Also with photography it becomes possible for ideals of beauty to be generally available. A woman’s appearance could be captured (for wasn’t it usually men photographing women, objectifying them) and compared to an image of ideal beauty. 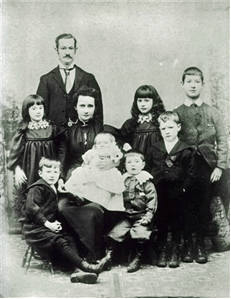 Families in the nineteen-hundreds dressed up to have their photographs taken. There they are in the old family photo albums: the sisters in identical dresses and button boots, the brothers in uniforms. Everyone in their best clothes. The poses were stiff because you had to be lit in a certain way and you had to hold still for the camera. The spontaneity of the snapshot had yet to arrive. The photograph at the end of the nineteenth and beginning of the twentieth century was an image of bourgeois formality. 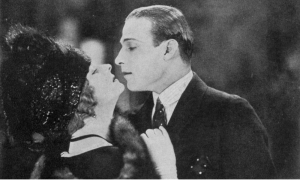 Then the photographs begin to move. It’s almost impossible for us with our youtube, Instagram and umpteen TV channels to imagine the impact that the early silent movies made on people at that time. The creation of a virtual ideal world populated by early movie stars like Rudolph Valentino and Theda Bara; there for you to psychically project your fantasies onto, just as the images are physically projected on the screen.

Sound came in in the thirties and the images started to talk. (Pluto was discovered in 1930 by Clyde Tombaugh after searching through thousands of photographic plates of the night sky.) When Neptune is allied to Pluto, the images (Neptune) have a power (Pluto) which affects us all – the hidden persuader with the power to sell.

The generation that grew up with the early cinema were the first generation that modelled themselves on mass-produced images. Those of us that have grown up since the end of the second world war have had images delivered to our homes in a constant stream, so much so that our world is one that has been pretty much defined by the mass media.

Create your  own image

But Neptune isn’t just about the power that images have over us. It is also about how we create and project our own image, as individuals, as members of a group, an age group or whatever. A fashion era is defined not so much by which sign Neptune is in at any moment in the sky, but where Neptune is in the charts of the particular generation that is making its mark.

We begin after the second world war when the Neptune in Virgo generation were strutting their teenage stuff. In Britain, Virgoan neatness came out in the Teddy Boys with their obsessively well-kempt appearance, all slicked-back hair, Italian suits, skinny trousers and shiny winkle-picker shoes.

The shock could not have been greater in the mid to late 60s when the generation that had Neptune in Libra (born 1942-55) came into its own (somewhat stimulated by the conjunction of Uranus and Pluto). The psychedelic imagery of the flower-power period reflected the spiritual energy of Libra with images of peace and (free) love, suffused with the scent of patchouli and clouded by a sweet, pungent haze.

By the early seventies flower-power was getting past its sell-by date and the Neptune in Scorpio generation (born 1955-1970) were just beginning to earn a bit of money and could express their own thing. Everything changed. The energy of punk came in snarling and fresh with black and red, spikes and chains, cool and sexy rather than sweet and loving. The aggression wasn’t suppressed and there was just a touch of bondage and sado-masochism. What jolly fun! And thank you Neptune in Scorpio for bringing it all out into the open.

The mid-eighties saw the Neptune in Sagittarius generation (1970-1984) moving in to claim centre stage. The Scorpionic punks and goths had never quite seemed at home in the daylight, their scene was more to do with dimly-lit clubs and secret hiding places. The Neptune in Sagittarius homeboys (and girls) however, were quite happy hanging out in the open air with their baseball caps and trainers, baggy jeans and ethnic look: the outdoor style that Sagittarius loves to sport. Suddenly the hippie thing didn’t seem quite so affected and over-the-top anymore (Sagittarius is in an easy sextile to Libra). The whole mad mix got a boost from the Uranus-Neptune conjunction and the 1988 Summer of Love with its ecstatic tribal dance scene and world music influences, not to mention the fall of Communism.

1998 looked like the beginning of the end for the rave scene with books appearing documenting its history. The Neptune in Capricorn generation (born 1984-1998) were waiting in the wings. It was time to say goodbye to the sloppy Sagittarian look. Capricorn came out with a well-cut and well-designed look. (Capricorn is into structure, perfection and prestige). Colours were subdued: brown, navy blue and black. Individualism vanished for a while under a welter of corporate brands and their logos. While style became an ironic post-modernist game of codes and references, riffing designer fashion against street style.

And now (2019) the Neptune in Aquarius folk (born 1999 to 2012) are starting to come of age. The oldest are in their late teens and early twenties and they’re starting to assert their own style. And it’s a complete turn-around from the Neptune in Capricorn style (post-modernist, corporate branding, dark colours) into the more individualistic, personalised yet hi-tech image of Aquarius. Give it a few more years when the Neptune in Aquarius people have left home and gone to college and see what happens.

Who knows? There could even be a flower-power revival. 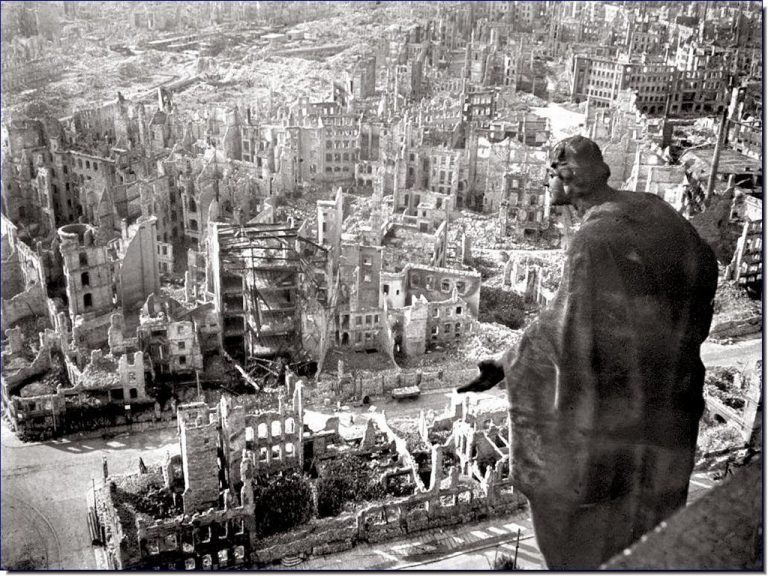 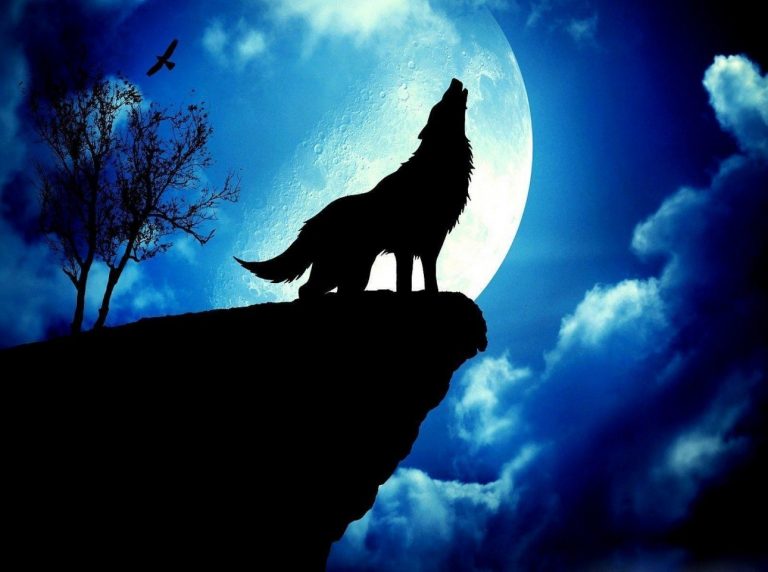 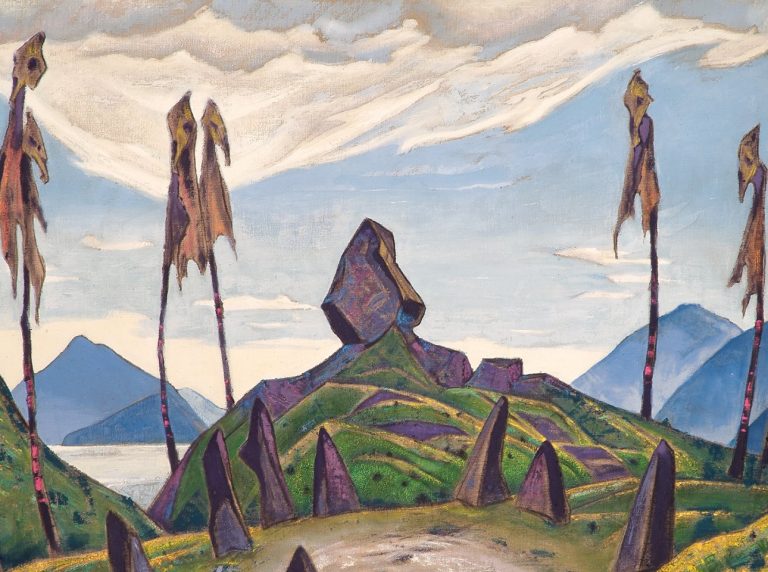 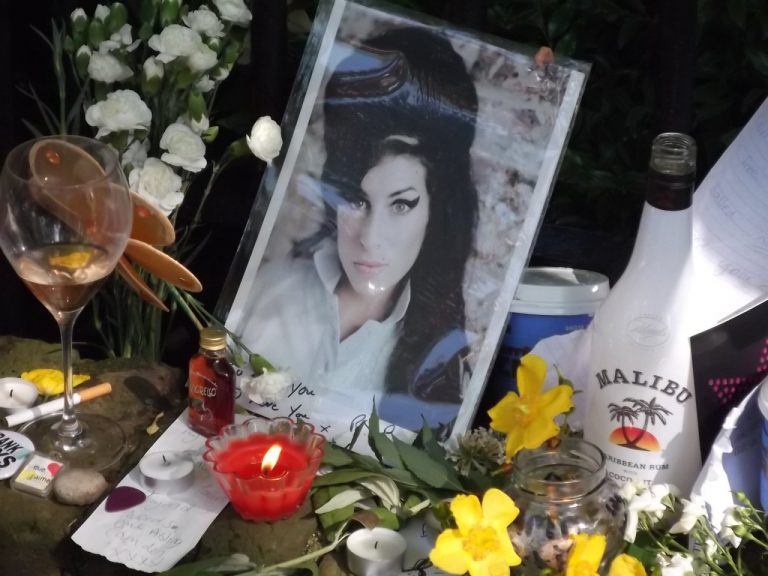